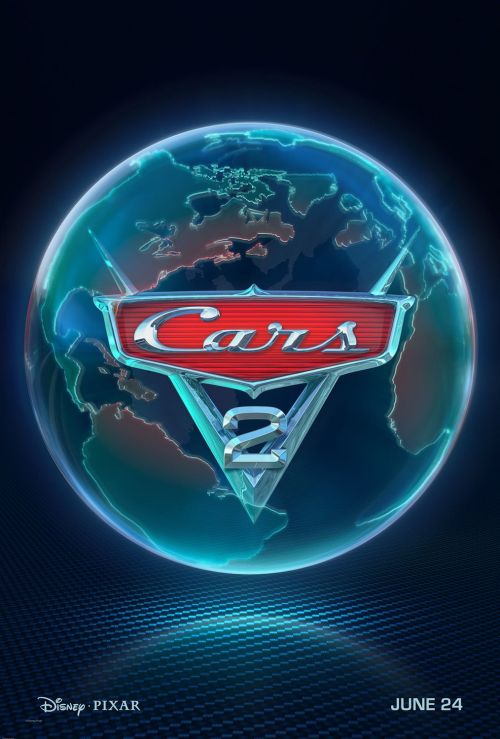 What the hell is going on with Cars? There are no people – yet there are sidewalks. I never saw the first film so maybe I’m missing something but I’ve had a hard time wrapping my brain around the universe portrayed in it. Maybe I’m overanalyzing it, punching a dead horse, and whatever other cliché you can insert here but it’s wrong – on many levels. Finally I’ve concocted a theorem about Cars’ civilization:

A long time ago motor vehicles gained consciousness somehow and overtook humanity. Subdued, in a Matrix-like fashion, humans are now the fuel for the cars (one character mentions “fossil fuels” at some point). Very much like Motel Hell the humans are harvested, possibly living in a computer generated reality, and used as fuel. Why else would there be sidewalks in a civilization entirely populated by cars?
END_OF_DOCUMENT_TOKEN_TO_BE_REPLACED

Product endorsement and celebrities go together like shit and a toilet. However, there are myriad moments when companies approach these personalities with gobs of money to do advertisements in foreign lands – moments which could potentially ruin a career stateside. Everybody’s heard the rumors about Woody Allen doing some tacky commercial in Japan for millions of dollars (I couldn’t find this on Youtube) and he’s not the only one our Asian buddies have enlisted to hock products. Below is a list of my favorite commercials from foreign countries featuring either celebrities or characters from popular visual media. Thanks to Rick for pointing out the great Robocop commercials from Korea.

Also, my character study on Nomi from Showgirls should be done by the end of the week. Thanks.
END_OF_DOCUMENT_TOKEN_TO_BE_REPLACED 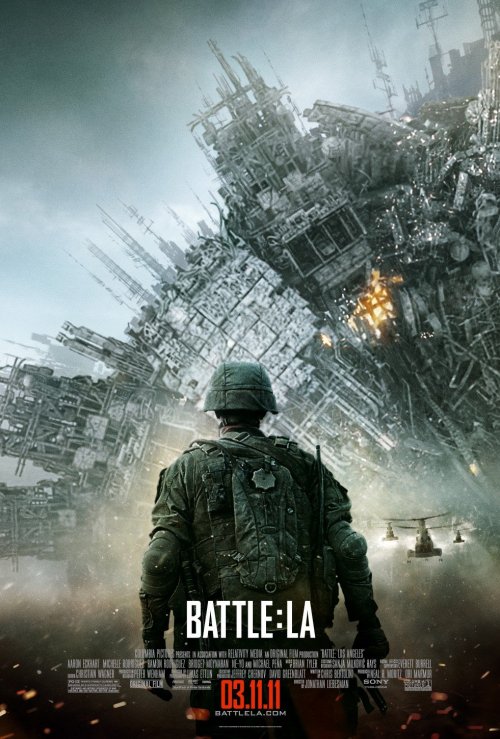 Although I originally saw this movie about two weeks ago I’m writing about it now; partially because I had a great deal of academic responsibilities and partially because I wanted to think about the film before ripping into it. Basically, I didn’t want to needlessly bash this film before contemplating it for a few days but after about two weeks I feel confident in completely ripping it apart. In short, I really didn’t like Battle: Los Angeles. I found it a halfhearted copy of Independence Day, a mixture of Emmerich’s mediocre science fiction extravaganza and American military propaganda. I walked out of the theater saying to myself, “must join the Marines, must join the Marines,” before realizing I’m a pacifist and would rather rot in prison than join the military.
END_OF_DOCUMENT_TOKEN_TO_BE_REPLACED 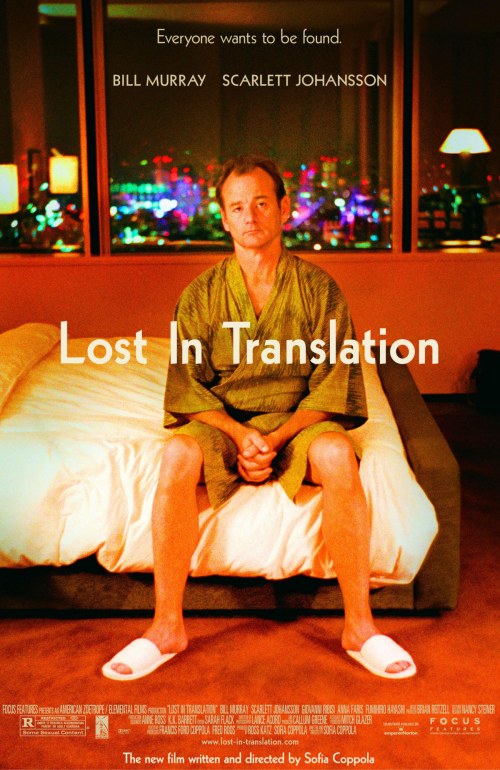 I really like Lost in Translation; it’s a really good film. It’s visually stunning, has a great soundtrack featuring original compositions by Kevin Shields plus songs by The Jesus and Mary Chain, Air, My Bloody Valentine (Shields’ band), and others. Bill Murray is funny and tragic: a washed up actor wearing his depression like a scarlet letter. His midlife crisis, spawned by Charlotte (Scarlett Johansson), lights up the screen – a melancholy character at the film’s beginning comes to live, inspired by a girl over half his age. Their exploits around Tokyo seem fun, imparting the feeling of adventure and excitement a new relationship brings. Both characters jaunt into a fantasy world, only possible in an alien environment where camaraderie is a valued asset.
END_OF_DOCUMENT_TOKEN_TO_BE_REPLACED