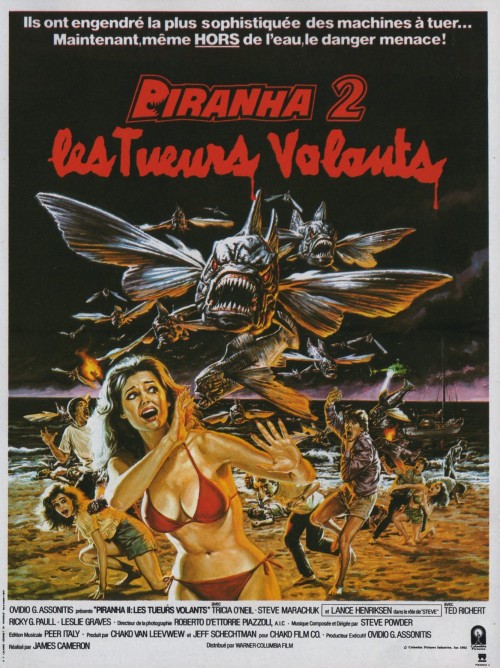 The film opens on still waters, featuring a buoy and a small boat in the distance. The sounds of intimacy, coupled with the buoy moving slowly back and forth make up the soundtrack. Then two voices appear; voices that sound horribly dubbed, like something from a Fulci zombie film. The scene cuts and features the couple underwater, diving towards a sunken ship. Once inside coitus begins, with a naked woman mounting her partner. Cut in-between their trite passionate display is a first person perspective which eventually leads to a swarm of piranhas attacking the divers. As blood fills the screen the scene cuts to the opening credits and we’re entering Piranha II: The Spawning – possibly one of the corniest movies ever made.
END_OF_DOCUMENT_TOKEN_TO_BE_REPLACED